Ernie Metzger, the founder of Metzger Trucking, was a true entrepreneur who saw how difficult it was for friends, family and neighbors to get lumber and firewood to and from their homes. In the 1940’s, he purchased an International straight truck. With this truck, he filled a void in the transportation market. He quickly developed a reputation as a hardworking man who provided great service at a reasonable price. Shortly thereafter, contractors and farmers began calling him. They needed his service to ship commodities including rocks, brick, block, feed and seed. After a couple of years of successful operation, Ernie purchased a building, hired a couple employees and began a successful business.

Metzger Trucking grew very quickly to include a fleet of trucks and trailer capable of hauling everything from animals to asphalt. During this time, Mike Metzger was born. Nearly as soon as he was old enough to see over the steering wheel of the trucks, he was put to work. From the mid-1970’s to mid-1980’s, Metzger and Son Trucking grew very quickly. In 1986, Ernie passed away. Mike became the President / CEO.

Metzger Trucking now employs approximately 45 employees and uses the services of independent contractors. With a fleet of semi-trucks and trailers, they can ship almost any type of freight anywhere in the continental United States. Metzger Trucking has late-model trucks and various trailers (step-deck, air-ride van, flatbed with side kits, and Conestoga). 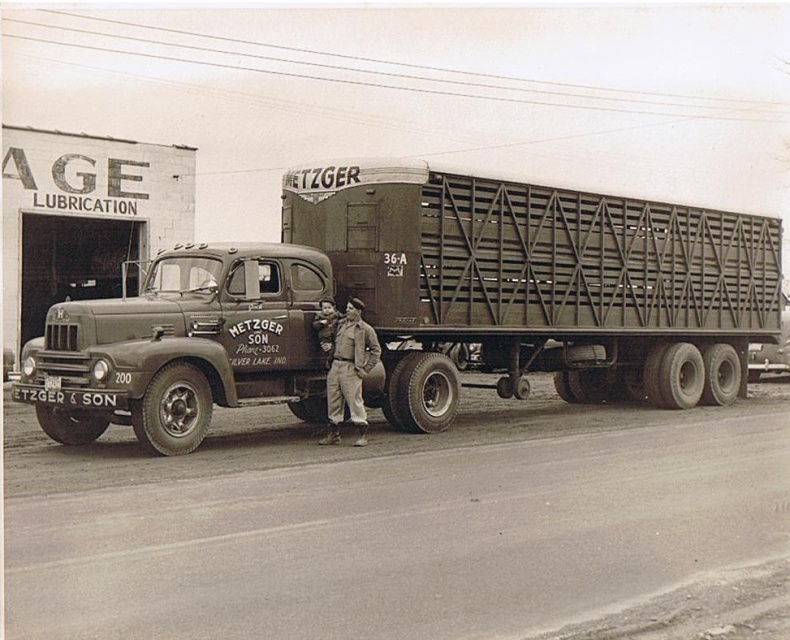